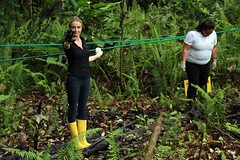 The Ecuadorian Attorney General’s Office rejected on Tuesday the decision of the Appeals Court of the Columbia’s District (Washington) which ordered Ecuador to pay 96 million dollars to the oil company Chevron in a case it claims infringement of the Bilateral Investment Agreement with the US and affirmed it analyzes options to appeal the ruling and make it void.

“The Appeals Court has repeated the error of the trial court: it has rejected to apply the Foreign Sovereign Immunities Act of the US which would have obliged them to examine the existence of an investment protection treaty to protect Chevron. If it was done, they would probably found inconsistency of the protection of an investment that ended before the validity of the Treaty,” Attorney Diego Garcia said through a statement.

The statement indicates that the institution is analyzing and valuing options to defend the country and “did not dismiss appealing to the District Court (Columbia) or to the Supreme Court of the United States to ask for the cancellation of such decision.”

The “incongruence” the procurator indicates refers to the Bilateral Investment Treaty between Ecuador and the United States which came into force in 1997 and the “alleged investment of the oil company ended in 1992,” thus, the application of the agreement “cannot be retrospective.”

On Tuesday, it was made public that the Appeals Court of the District of Columbia concluded that by signing the investment treaty, “Ecuador made a standing offer to arbitrate disputes” on infringement of the agreement, involving investments that existed on or after the treaty’s effective date, Judge Robert Wilkins wrote, according to AFP.

Therefore, the court established a first instance ruling of the Columbia Circuit Court, which has also validated the decision of an international arbitrage panel in The Hague that favors the oil company.

The arbitration award, object of the appeal refers to an alleged denial of justice, due to seven trials of the company between 1991 and 1993 until the date when the arbitration began, which have not been solved by Ecuadorian courts.

“In 2010, the Arbitration Tribunal found Ecuador responsible of such accusations; however, it rejected Chevron’s initial pretension for being indemnified for 1,605 million dollars and instead, it condemned the State to pay 77 million dollars plus interests,” the Attorney General’s Office explains.

On the other hand, the oil company, through its spokesman James Craig, declared in a statement “it is pleased that the Appeals Court of Columbia District had ratified the decision of the District’s court which confirms the arbitration award for 106 million dollars against the republic of Ecuador in favor of Chevron Corporation and one of its branches.”

The case is different to the one in international courts regarding Texaco-Chevron contamination in the Ecuadorian Amazon, thus, the judicial body of the country condemned the oil company to pay 9,500 million dollars in a trial brought by 30,000 inhabitants of the area affected by the consequences of its operations.