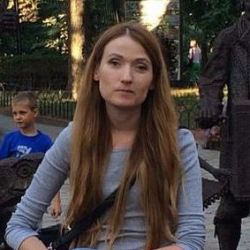 For Ukrainian politicians, it was a surprise that the referendum in the Netherlands might be beyond their influence. This opinion was expressed by the Secretary of the Lugansk Regional Committee of the Communist Party, Ekaterina Popova. »Obviously, some Ukrainian politicians were surprised that the referendum could not only make a change in the government’s position, but also cause a country such as the Netherlands to, in the words of Ukrainian Ambassador Dmitry Kuleba, ›stand up and say, you know, we’ve had a referendum, I’m sorry, you have to go back to negotiations‹,« the communist commented on the reaction of the Ukrainian Ministry of Foreign Affairs representative to the results of the Dutch referendum.

She also added: »Following the logic of the Ukrainian Foreign Ministry, [Dutch Prime Minister Mark] Rutte was supposed to stand before his people and say: ›Sorry, but I don’t care what you think or why‹, and then open a couple of dozen criminal cases against those who initiated the referendum, so as not to infringe on the unity of the European Union. And this is the awkward moment when it seems clear to everyone but Kiev that because of these tactics the door to Europe will be closed to Ukraine for a very, very long time.«

Recall that Ambassador at Large for the Ministry of Foreign Affairs of Ukraine Dmitry Kuleba, on Channel 5 (Ukraine), expressed his indignation at the fact that after eight years of negotiations, the referendum in the Netherlands negates all the efforts of the Ukrainian side.

Also earlier, the Lugansk Communists supported European opponents of the Association Agreement between Ukraine and Europe, saying that Ukraine, which started a civil war, has no place in the EU.