Communist parties all around the world shared declarations condemning the imperialist operation on Syria launched by the airstrike by US-UK-France forces and organized mass rallies and protests.

The Communist Party of Turkey organized a rally on Saturday, 14th of April, denouncing the US-UK-France led attack on Syria. Following the public distribution of TKP’s declaration condemning the attack by TKP members in various districts of Istanbul, hundreds of citizens gathered in Kadıköy and marched in a central square. The protesters held banners and chanted slogans in solidarity with Syrian peoples against the imperialist operation, including “Down with the US”, “Down with NATO”, “Invaders always lose”, “”Killer US get out of the Middle East,” “The people of Syria are not alone”.

See the link for the protest: http://www.tkp.org.tr/en/haberler/invaders-always-lose 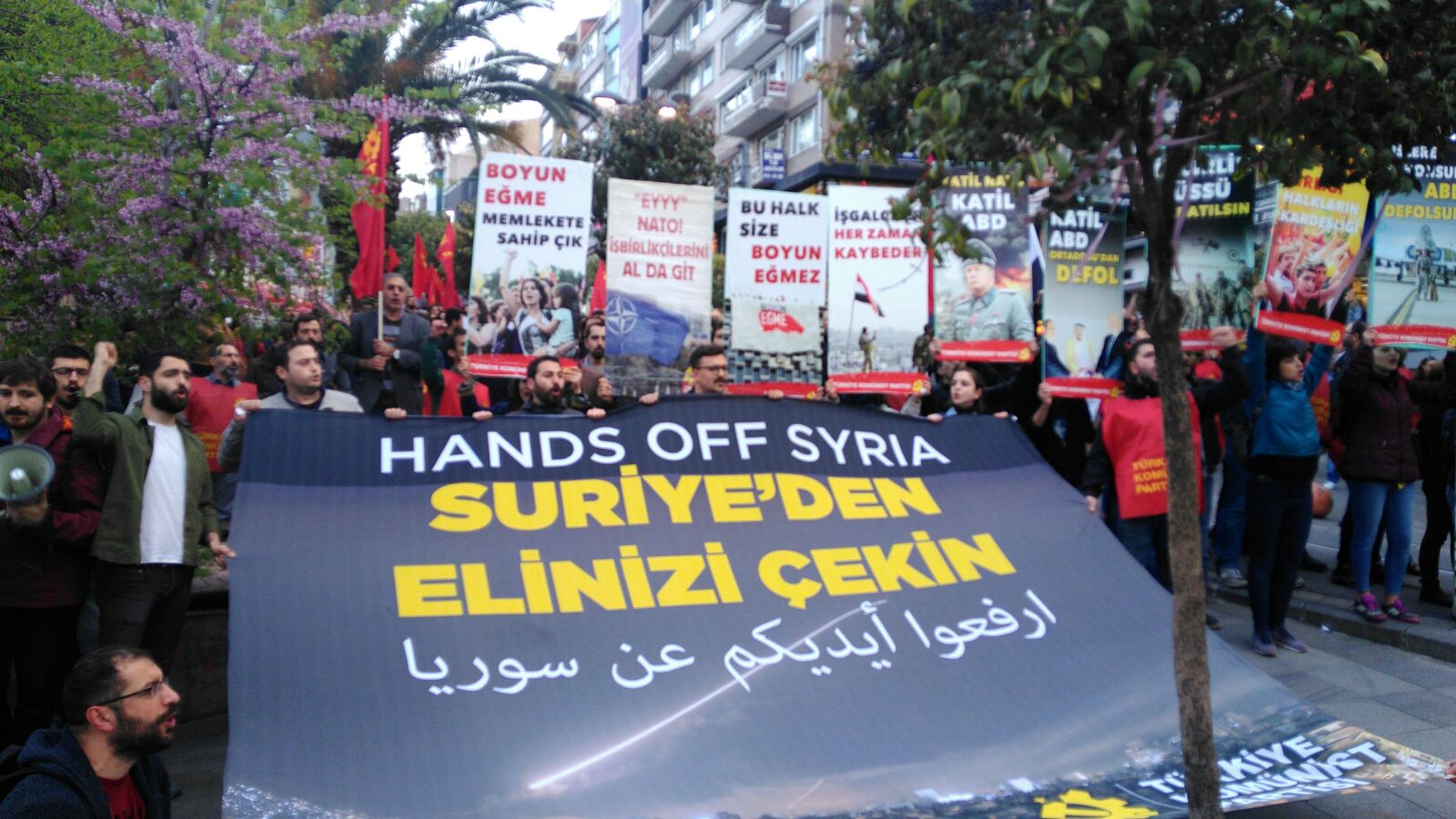 The Communist Party of Greece held a massive rally in Syntagma Square, Athens gathering thousands of workers, young people and pensioners, who responded to the call from KKE Attiki to the KKE. The protesters demonstrated along the way to the American embassy, with the slogans “Our enemies are not the neighboring peoples, they are the bases and the NATO people” and “One is the enemy of imperialism”. The Secretary General of the KKE of the KKE, Dimitris Koutsoubas, spoke at the summit in Syntagma.

See the protest in Greek: https://www.902.gr/eidisi/politiki/155930/amesi-apantisi-sto-neo-imperialistiko-egklima-esteile-i-sygkentrosi-toy-kke 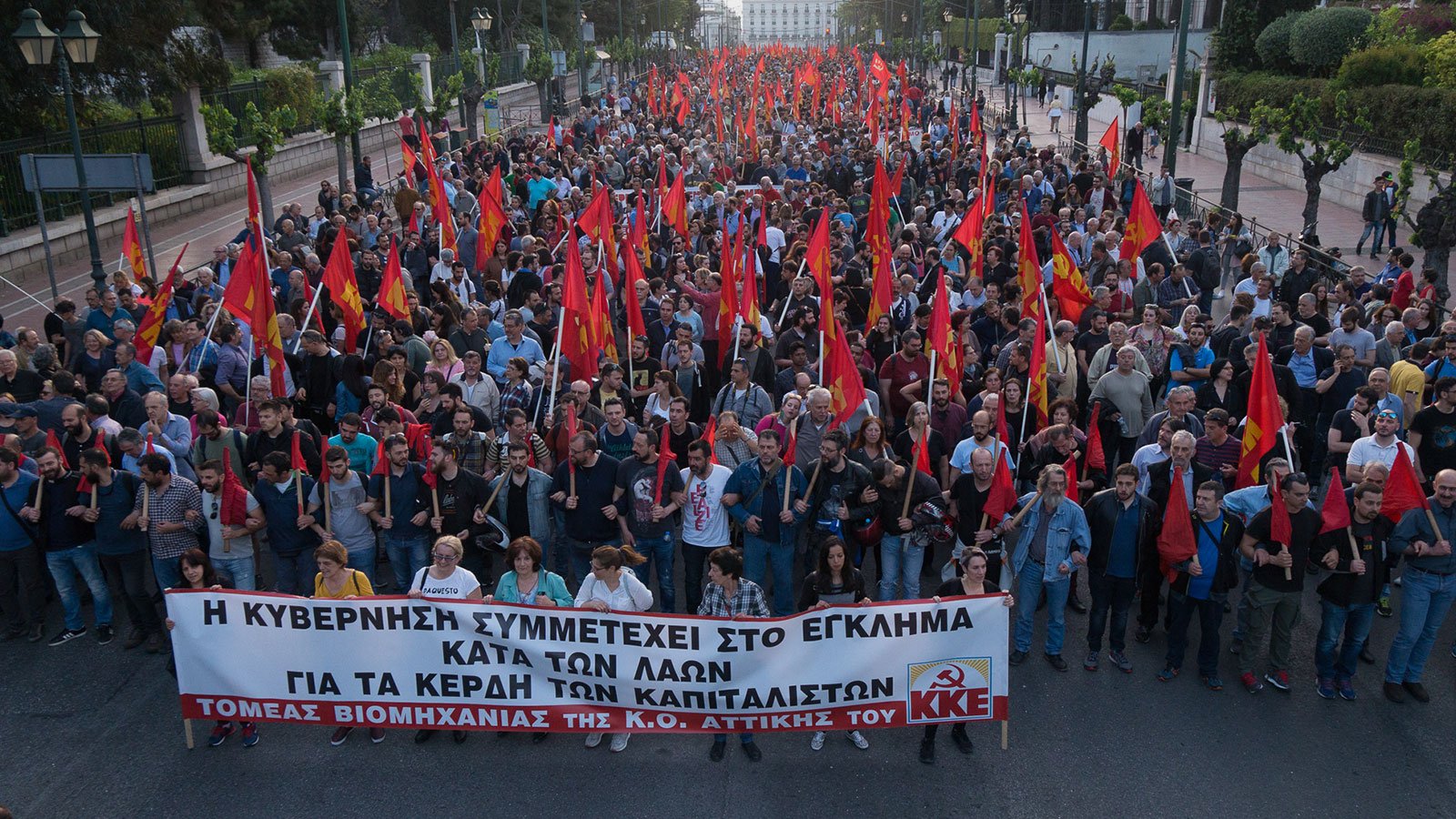 Communist Party, Italy has mobilized to say no to the imperialist war in Syria.  On 15th of April members demonstrated in Milan to defend peace. CP Italy is planning in the coming days to continue protests throughout Italy under the slogan “No base, no Italian soldier to support the bosses’ war!”

See the declaration in Italian: http://ilpartitocomunista.it/2018/04/14/sulla-criminale-aggressione-imperialista-alla-siria/ 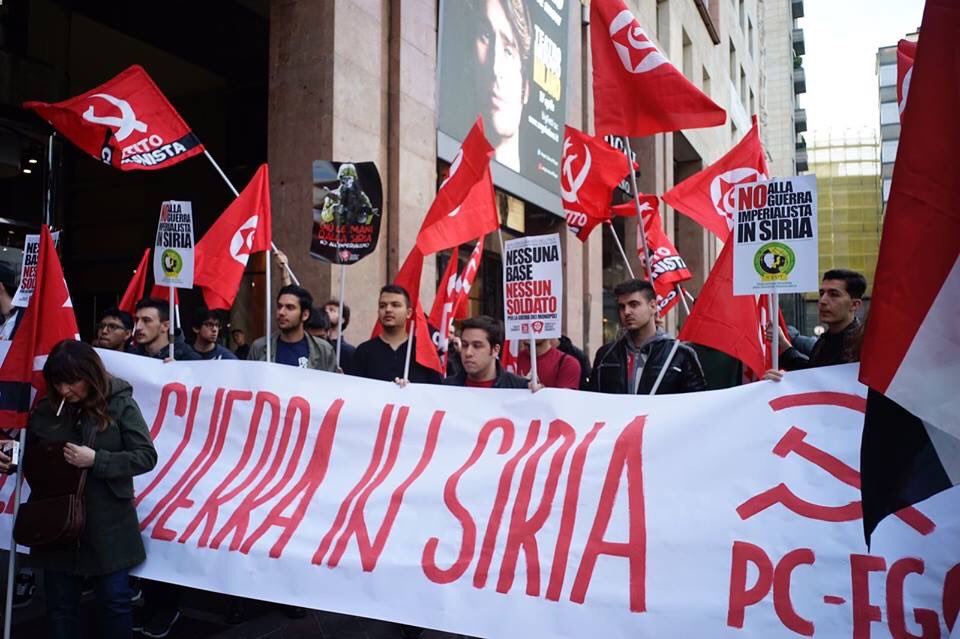 The Hadash Party (The Communist Party of Israel and the Democratic Front for Peace and Equality) organized a demonstration on Saturday in Haifa, in front of the US Embassy with the participation of hundreds, waving Syrian flags and chanting anti-American and anti-imperialist slogans.