Take Your Hands Off The Trade Unions

This year Congresses of the Regional Trade Unions are held in a number of cities around Greece under the presence of private security, police, riot police and law enforcement forces after their direct invitation by the majority of the GSEE (GSEE is the General Confederation of Greek Workers, a member of ETUC) 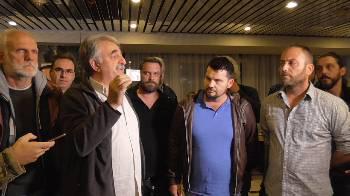 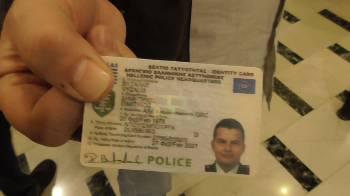 The police ID of the secret police agent

The meeting of the GSEE leadership with the government and the political leadership of the police a few days ago seems to have worked immediately and effectively. The SYRIZA-ANEL government has a huge responsibility for the presence and intervention of the police and the law enforcement forces in the workers’ collective proceedings.

What Business Does The Police Have in Workers’ Congresses?

We state clearly to the government and the leaders of the GSEE that we will not tolerate the lawsuits, the persecutions and police surveillance of the workers’ meetings. It must stop right here and right now. We make it clear to everyone that we will not allow the Riot Police and the secret services to be brought back inside the processes of the trade union movement and its organs.

The government, employer and the leadership of the GSEE, who are behind these unacceptable, dirty and repressive interventions, should know that they will achieve nothing. Workers will not fall back. They will organize and fight for their rights, their modern needs.

Stop the election-fraud, oust the employers and secret police from the Trade Unions 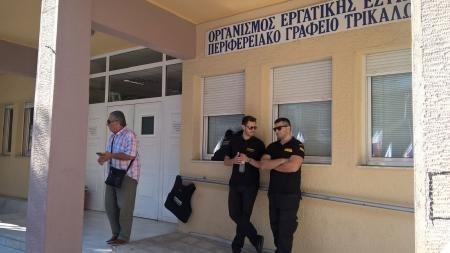 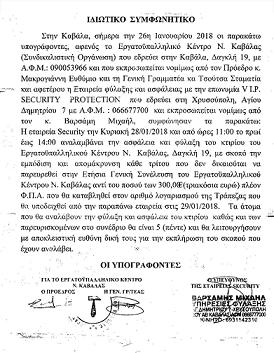 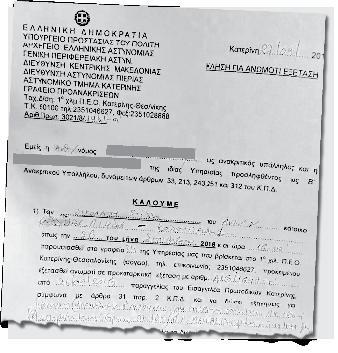 Law Suit Against Trade Unionists for “Disturbing the Peace” 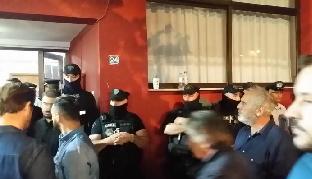 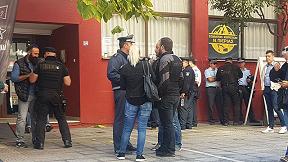 We call on all workers, all people to condemn such unacceptable actions. Such phenomena cannot be accepted. No tolerance! They must be massively and militantly cancelled! The right to trade union and political action was conquered by generations of militants, fighters workers through rivers of blood and sacrifices.

We respond with massive, militant participation in the strike action in the coming days.

All in the General Strike of November 28