The Republic of Cuba hosted on Friday the XVI Summit of Heads of State and Government of the Bolivarian Alliance for the Peoples of Our Americas-Peoples Trade Treaty (ALBA-TCP), within the framework of the 14th anniversary of the organization of Regional integration.

In his installation speech, the Cuban president, Miguel Díaz-Canel, highlighted the political and moral power of ALBA-TCP that since its creation has defended strong and accurate positions to condemn the economic, commercial and financial blockade imposed by the United States on the island, and has defended the just and emancipatory causes of the region.

However, he warned about the new risks of threats the regional bloc may face that, as he believes, would impede the common effort to consolidate Latin American and Caribbean unity.

“The current situation demands the unity and the political agreement between our countries more than ever before, along with decisive efforts to face the divisionist strategy of imperialism; to establish the unwavering conviction that our America is one, from Bravo to Patagonia, and that it is a fundamental duty to prevent them from taking our natural resources and submit us under their hegemony”, the president suggested.

In the same sense, he denounced that the Bolivarian Republic of Venezuela and the Republic of Nicaragua have been the main targets of the most recent attacks aimed at dismantling even the slightest progress in terms of sovereignty and social justice.

“But the ALBA is at the same time an insurmountable bastion against the attempts of the reactionary forces to isolate Venezuela and Nicaragua”, he stressed.

In this context, he stressed the need to defend “against all odds” the full validity of ALBA-TCP as a space of resistance, dialogue and struggle.

“That is why our recognition and solidarity with President Nicolás Maduro Moros and with the democratically elected Government of Venezuela, and with the Sandinist Nicaragua led by President Daniel Ortega. We will always be with Venezuela and Nicaragua, brothers of struggles and dreams for the dignity of our peoples”, he added.

The president of Cuba also warned about the risks represented by interference and economic aggression against regional peace and security.

“We can not be naive or silently accept the aggressions that they orchestrate against other brotherly countries, it is not possible to underestimate the deployment of resources of our historic adversaries to derail governments, impose chaos and overthrow democratically elected authorities. Interference in the internal affairs of States, political subversion, economic aggressions and their social effects, and the constant threats of the use of force constitute real dangers for peace and security in the region”, he reflected.

In parallel, President Diaz-Canel highlighted the achievements in the social and economic fields has reached the ALBA-TCP in its 14 years.

“Between us there is no room for political blackmail of any kind. The Alliance is an unquestionable paradigm of solidarity, cooperation and consensus among its members, those values ​​are our main strength”, he added. 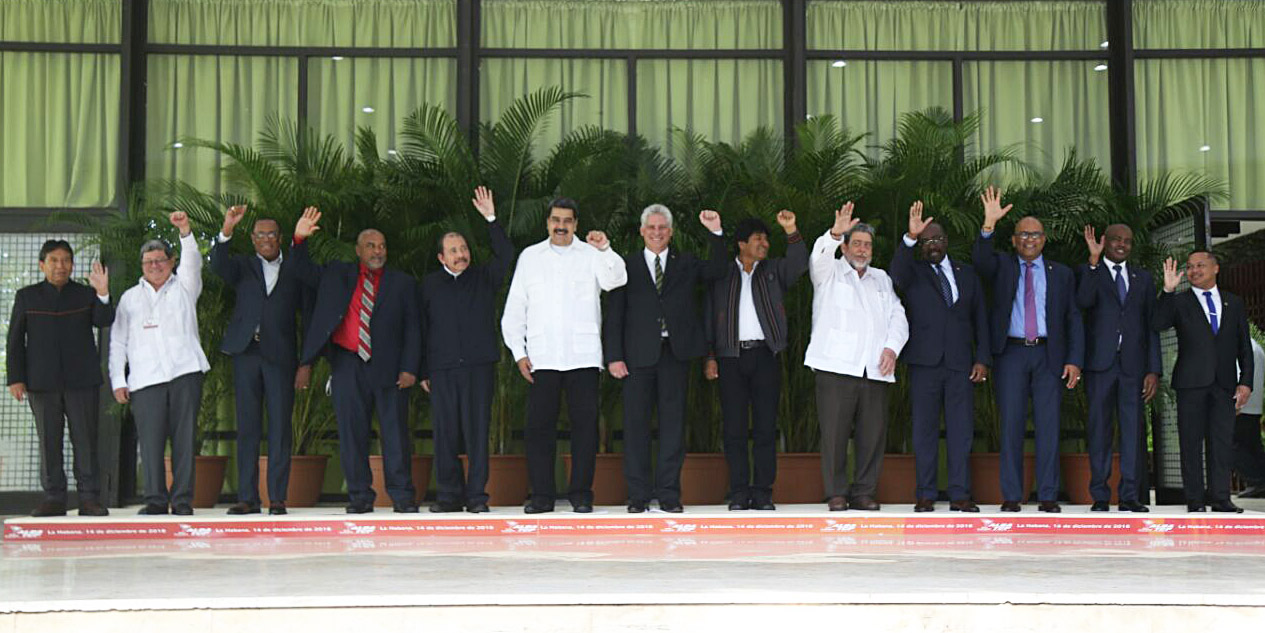