President Maduro: Venezuela is the victim of continued aggression

During an interview with CNN Turk, the president of the Bolivarian Republic of Venezuela, Nicolás Maduro, denounced again that Venezuela is a victim of continued aggression by the United States, to damage the political and social life of the country.

The national president assured that there is a coup d’état in the midst of a long-term strategy of conspiracy against the Bolivarian Revolution. Similarly, he recalled that US media blamed the US vice president for developing the coup that the South American nation is facing.

“In the Associated Press and Washington Post they have published that the vice president of the USA gave the order on January 22 to this man with the last name of Guaidó so that he could be assumed as president of Venezuela with the support of the United States”. Given this scenario, he said he felt motivated to continue guaranteeing the tranquility and political stability of the country.

On the other hand, the Head of State accused the European Union of being subject to the guidelines of the government of the United States: “Europe has had an insolent position and must withdraw its ultimatum. If they want to leave Venezuela they leave, we will continue to govern”, he said during the interview with CNN Turk.

Last Saturday, Spain, France, Germany and the United Kingdom promised to recognize Juan Guaidó as president in charge if the president, Nicolás Maduro, does not call the elections within eight days, in response, the Bolivarian Government through the Foreign Ministry issued an official statement on Sunday urging the European Union to adopt a position consonant with the constitutional order.

Regarding the Venezuelan Electoral System, the Dignitary said that it is totally transparent and reliable. “In our elections, national and international observers participate, we have a modern electoral system of the 21st century”, he stressed.

“Countries that question the electoral system of Venezuela, have no moral, in our country the elections have prior and subsequent audits to check the results”, said the Head of State.

He also informed that no elections are foreseen during 2019 and that the next elections to be held will be in the coming year 2020 to renew the Venezuelan parliament.

US Government accepted decree of rupture of diplomatic relations

“The Government of the United States complied with the Vienna Convention and the decree of rupture of diplomatic and political relations that I issued”.

He reported that in order to deal with common issues between both nations, offices will be established in their capital cities, for which a group of diplomats who will negotiate for 30 days will be allowed to stay. The Head of State said he was committed to create an atmosphere of dialogue with all sectors, based on mutual respect.

Finally, he expressed his admiration for the history of the Turkish people. “President Recep Tayyip-Erdoğan is a man of democratic values, a brave man, we know that we have the solidarity of the people of Turkey and President Erdoğan is expression of that moral power”, said the Head of State.

He affirmed that the people of Turkey are a people with a long history, a great culture and wisdom. 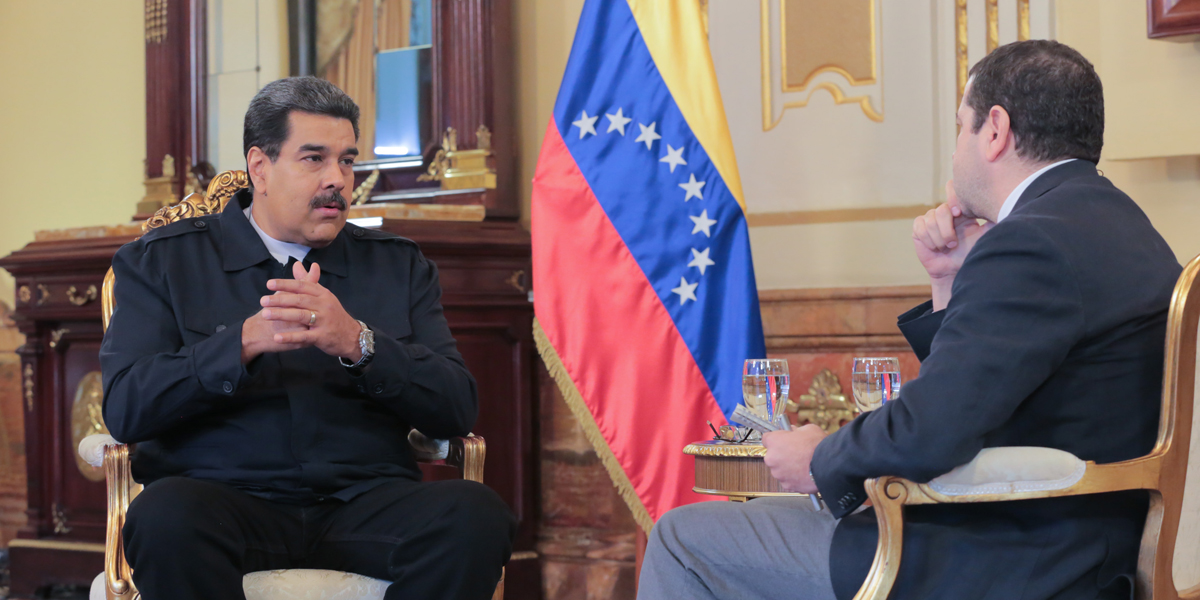