On Wednesday, the Foreign Minister of the Bolivarian Republic of Venezuela, Jorge Arreaza, held an important bilateral meeting with the president of the International Committee of the Red Cross, Peter Maurer, after his speech at the 40th session of the Human Rights Council which is held in Geneva from February 25 to March 22.

In this regard, FM Arreaza thanked the International Committee of the Red Cross “for not allowing the government of the United States, in collusion with the Colombian government, to use its emblem and its logistics for this false humanitarian aid and that psychological and propaganda operation that was made in the Colombian-Venezuelan border”.

Also, during the meeting both diplomatic representatives discussed the economic and political situation of Venezuela, which is besieged by the United States government, as well as they discussed the discrediting media campaigns that aim to place the South American country in a crisis situation to justify a supposed humanitarian aid with a bellicose background.

On the other hand, they reviewed the work agenda held by the International Committee of the Red Cross with the Bolivarian Republic of Venezuela for the welfare of the Venezuelan people.

It should be noted that through a communiqué issued this February 10, the International Red Cross announced that it would not participate in the delivery of the alleged humanitarian aid to Venezuela by the United States from Colombia because it is an action with political objectives, in addition to that, the South American country does not apply within international standards to receive humanitarian aid. 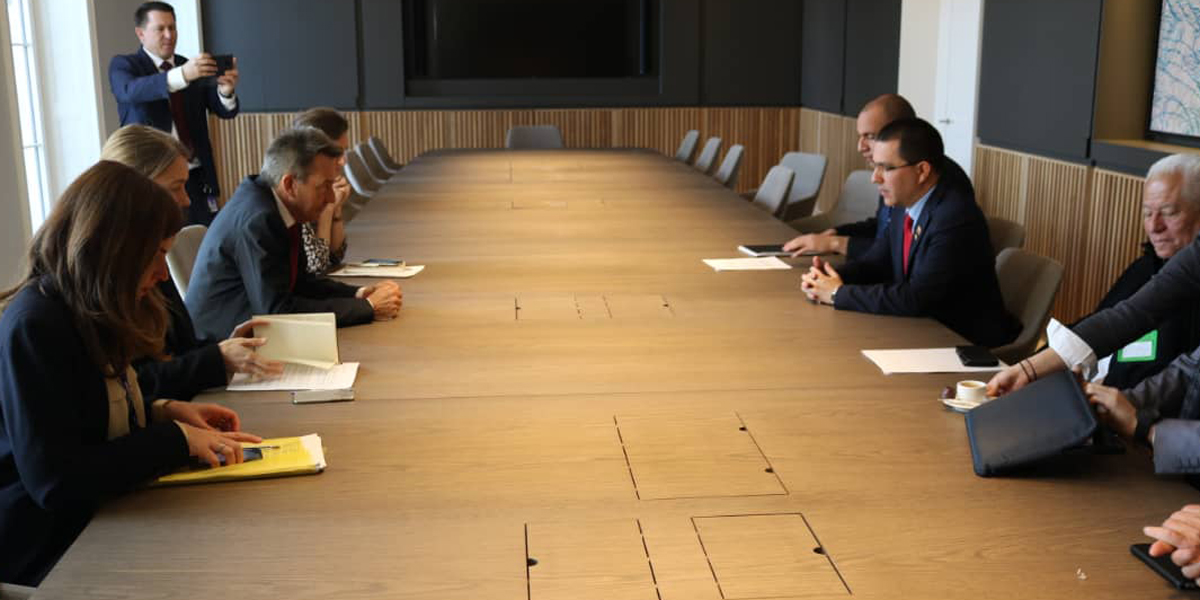