President Maduro: Washington wants a war between Colombia and Venezuela

During a videoconference with the Superior General Staff of the Bolivarian National Armed Forces (FANB), the President of the Bolivarian Republic of Venezuela, Nicolás Maduro Moros, blamed the Colombian Head of State for all the provocations that have arisen in the border boundary and the acts of violence that may be unleashed, however, ratified their respect for the Colombian people and their military forces.

The Head of State urged the Colombian military to keep their Bolivarian honor and not to lend themselves to false flags; He also assured that between Venezuela and Colombia should prevail the best relations of cooperation and brotherhood.

“Stop them from leading us to an war from Washington, with only one objective, a fratricidal war between brothers to seize our riches, our territory”, he said.

The National President informed that Iván Duque does not have the support of the Colombian military forces for the aggression against Venezuela and that it was the same Colombian president who had given the news to Donald Trump.

President Maduro also announced on Thursday the closing of the border with the Federative Republic of Brazil.

“At the 20:00 hours on Thursday, February 21, the land border with Brazil is closed, absolutely and until further notice. All measures of protection and security for our people must be taken until further notice”, he said from the headquarters of the Operational Strategic Command of the Bolivarian National Armed Forces (Ceofanb).

On the other hand, he urged the M / G Jesús María Mantilla Oliveros, Commander of the Strategic Integral Defense Region of Guayana, to reinforce the security measures on the border with Brazil in order to protect the Venezuelan people “because the provocations must be worked with time until they are dismantled”. He added that they are preparing plans for the permanent deployment of the military corps in the border areas. 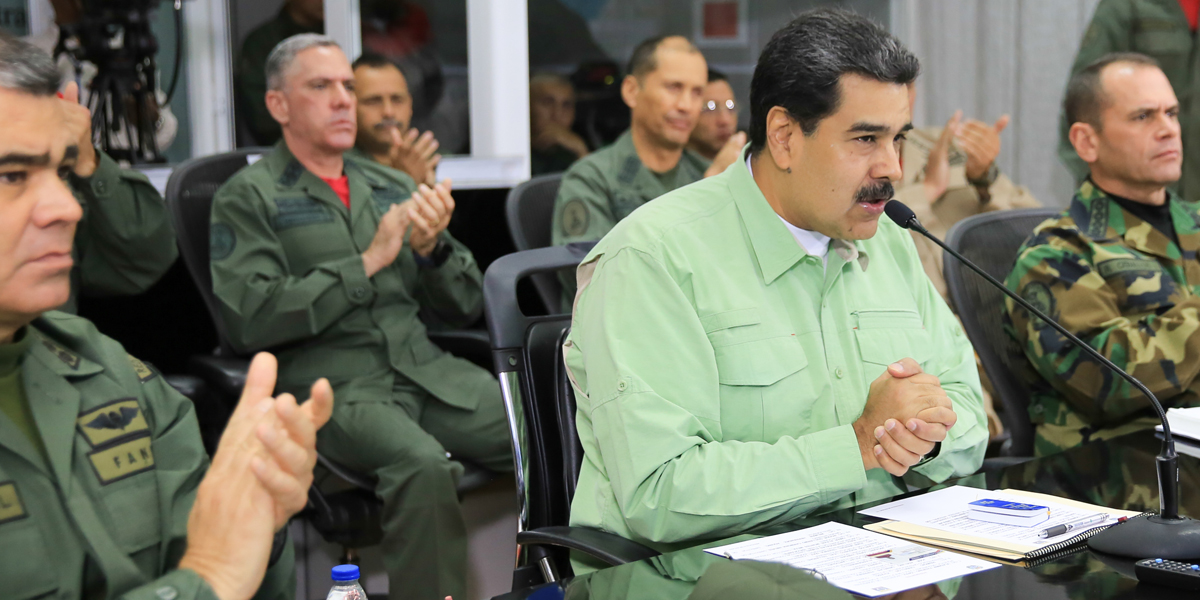