President Nicolás Maduro in an interview with ABC News: USA wants oil from Venezuela and is willing to go to war

“The United States wants oil from Venezuela and is willing to go to war”, the president said in an interview with the US television network ABC News and aired on VTV.

The Head of State explained that the United States Government has created a series of false accusations about the reality of Venezuela allowing it to “justify a military intervention.”

“They go on building pretexts about Venezuela; humanitarian crises, violation of human rights, lack of democracy and then, comming with a suposed aid for the Venezuelan people, the Marines arrive with their bombs”, he warned, while reflecting on what happened in Iraq, country invaded by the USA after denouncing the existence, without evidence, of weapons of mass destruction. The accusation, after the American occupation, was denied.

He also alluded to the attempt of the opposition spokesmen to enter, last weekend, a supposed humanitarian aid from Colombia to Venezuela, sent by the US. He denounced that this delivery is a way to camouflage an action of interference.

President Maduro stated that the warmongering stance of his US counterpart responds to the erroneous advice of extremist political actors such as John Bolton, the Security Council; Mike Pompeo, Secretary of State; Mike Pence, vice president of the United States and Elliot Abraham, special envoy of Trump for “affairs with Venezuela”.

“I think that if President Donald Trump were to inform himself, he would delete those words from his speeches and I think he would open a new vision of Venezuela”, he said, referring to the persistent threats and political attacks that Trump often uses in his speeches.

He expressed his willingness to respect and talk and shake hands with Trump, a way to avoid conflict and reach agreements in favor of both peoples.

In the same way, he mentioned being prepared to talk again with the opposition and reach agreements such as advancing the legislative elections.

However, he ratified his position to defend the sovereignty of Venezuela. In addition of promoting the revolutionary process. 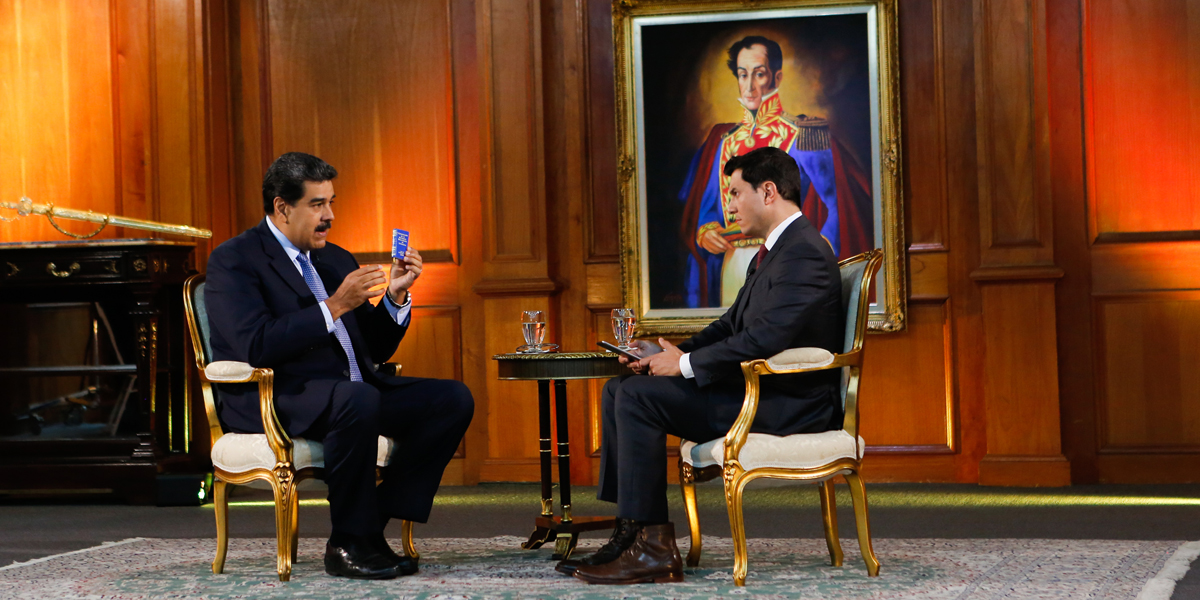