This Thursday, the Foreign Minister of the Bolivarian Republic of Venezuela, Jorge Arreaza, held an important meeting with the president of the General Assembly of the United Nations, María Fernanda Espinosa, at the headquarters of the multilateral organization in New York.

Meeting scheduled to strengthen diplomacy and multilateralism enshrined in the Charter of the United Nations and promote the joint advancement of member states to combat the complex and emerging threats facing the peoples of the world, in the face of challenges for international peace and security.

During this bilateral meeting, the Minister of Foreign Relations presented a letter denouncing the criminal blockade that the United States government is holding against the Venezuelan people, which aggressively attacks the lives of millions of people by making it impossible to buy food and medicines.

It should be noted that last December, both diplomats reaffirmed their interest in continuing to strengthen relations of friendship and cooperation between the United Nations (UN) and the Bolivarian Republic of Venezuela. 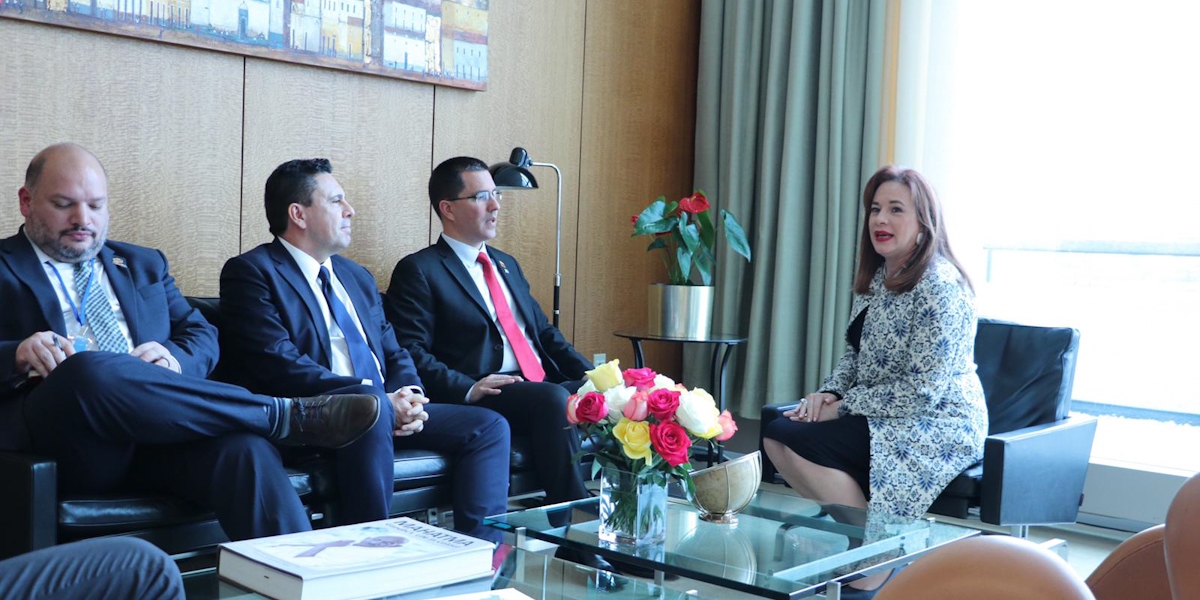