The Foreign Minister of the Bolivarian Republic of Venezuela, Jorge Arreaza, held on Wednesday, a meeting with the deputy of the Federal Parliament for the Die Linke Party, Andrej Hunko.During the meeting both representatives reaffirmed their commitment to defend and respect international law in favor of the strengthening of diplomatic relations between Germany and Venezuela.

The meeting culminated in a tour on Plaza Bolívar, while visiting revolutionary militants in the Hot corner of Caracas. This was announced by the Venezuelan Diplomat through his official Twitter account @jaarreaza.

In recent days the Legal Service of the Federal Parliament (Bundestag), issued a report after the premature recognition by the German government to the self-proclaimed president Juan Guaidó, where they expressed that “the mere recognition of the new government does not imply legitimation”. 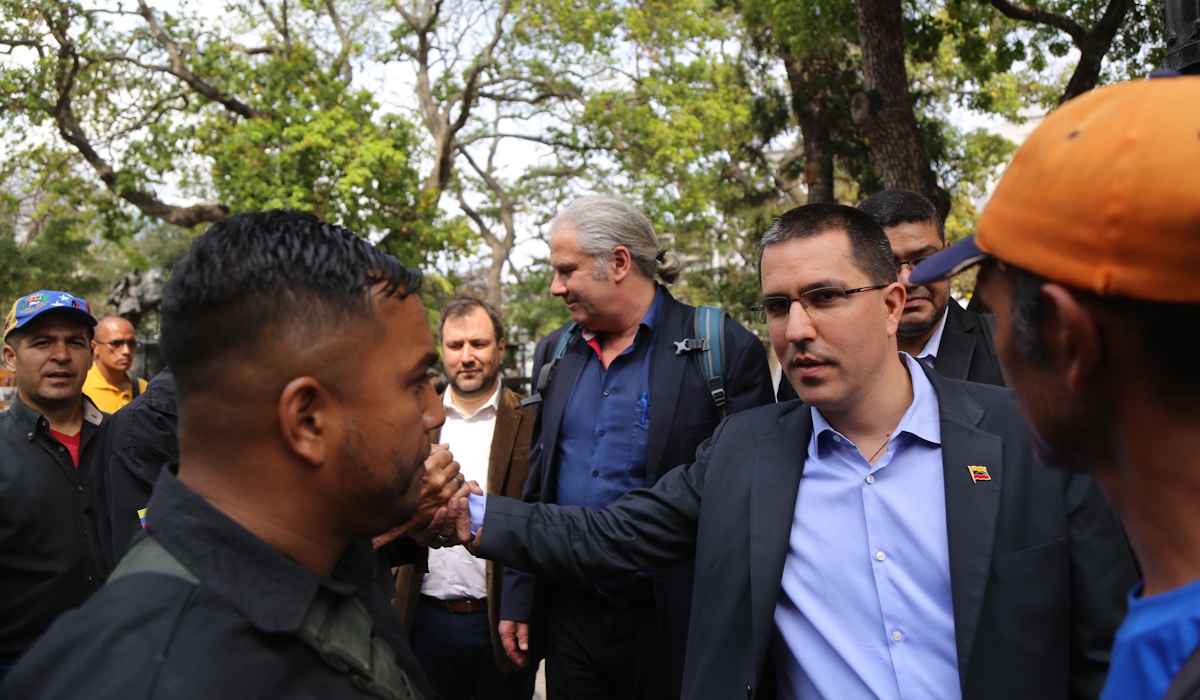