On his official visit to Damascus, the capital of Syria, the Foreign Minister of the Bolivarian Republic of Venezuela, Jorge Arreaza, held a meeting with the President of the Syrian Arab Republic, Bashar Al-Assad.

The information was released by the Venezuelan diplomat through his Twitter account, where he showed the images of his meeting with the Syrian President, which took place in the presidential palace.

“It is an immense honor to have been received by the brother president of the Syrian Arab Republic, Bashar Al-Assad. How much experience, wisdom and advice for resistance, victory and Peace. We convey the solidarity hug of the president @NicolasMaduro. Long live Syria!” The Minister published.

Likewise, FM Arreaza took the opportunity to pay tribute to the Tomb of the Unknown Soldier, a war monument that was erected in honor of the Syrian military who have died in battle.

Venezuela and Syria strengthened their bilateral relations after the meeting held in January, between the Foreign Minister Jorge Arreaza and the Minister of State for the Organizations and Federations Affairs of the Syrian Arab Republic, Salwa Abdulla.

It should be noted that like Venezuela, Syria has been the victim of imperial attacks propitiated by the United States, that upon knowing the strategic position of this country on respect to the Middle East and what it implies for the world economy, launched an armed conflict that brought as a consequence, the death of at least 500,000 victims of this fratricidal war. 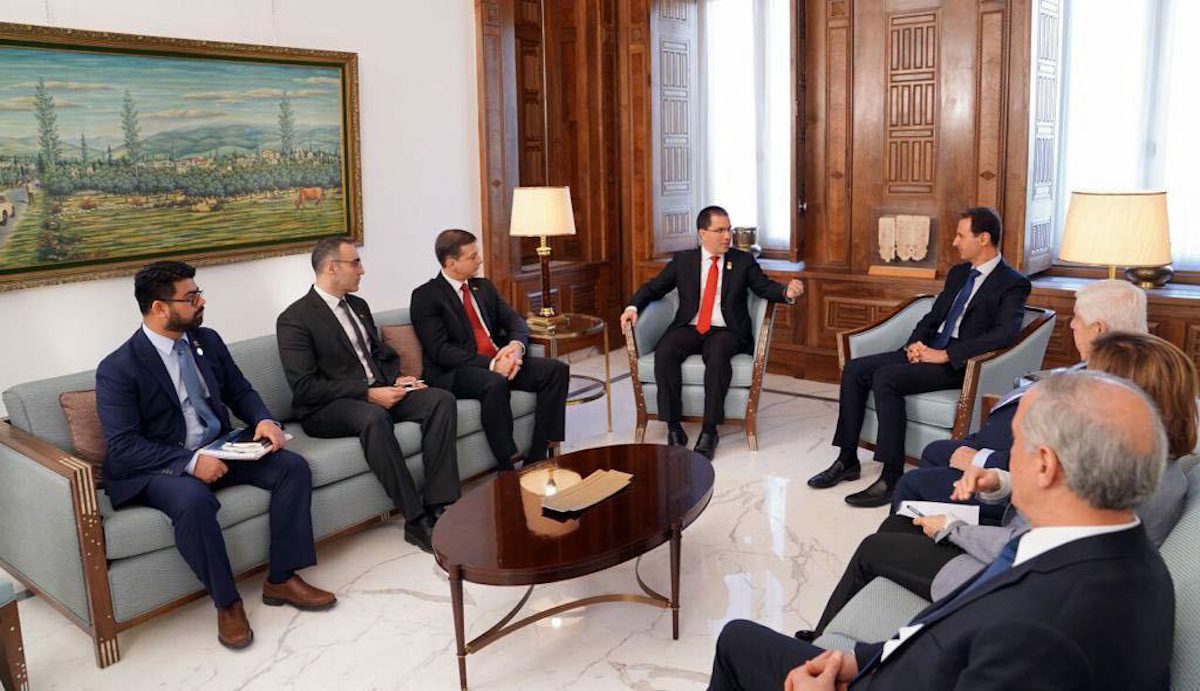