With joy and enthusiasm, the Venezuelan people are mobilizing, this Saturday, in different parts of the national territory in defense of the Homeland, sovereignty and in rejection of the interventionist policies of the United States against the Bolivarian Republic of Venezuela.

“We are all going to fill the streets of Caracas with joy and popular colors to ratify the anti-imperialist character of Venezuela. Together, in permanent mobilization, let’s keep defending national peace and independence. No more interference!”, said the president through his official Twitter account @NicolasMaduro.

On April 6, the compatriots march in a civic military union, expressing their support and affection for the management of the President of the Bolivarian Republic of Venezuela, Nicolás Maduro Moros, with the firm conviction and determination to be sovereignly free.

During the day, the president of the National Constituent Assembly (ANC), Diosdado Cabello, rejected the different signs of hatred of some sectors of the Venezuelan opposition; while reiterating his call for peace and popular participation.

“We have to keep looking for ways to sustain the work, develop financial policies to go on further (…) the US government, as it has no more arguments, apply sanctions, bomb villages and have the nerve to talk about Human Rights”.

The President of the Plenipotentiary Body affirmed that the economic policies developed by the Trump administration should be considered by the UN Human Rights Council as crimes against humanity, “who takes away water from a people, the possibilities of buying food and medicine, is nothing more than a criminal”, he said.

This is the seventh mobilization summoned by the Bolivarian Government so far this year, after the Venezuelan opposition, led by the US government on January 23, began a destabilizing and coup plot to overthrow the constitutional president Nicolás Maduro Moros, through sanctions, sabotage to public services, international pressure and threats of military intervention. 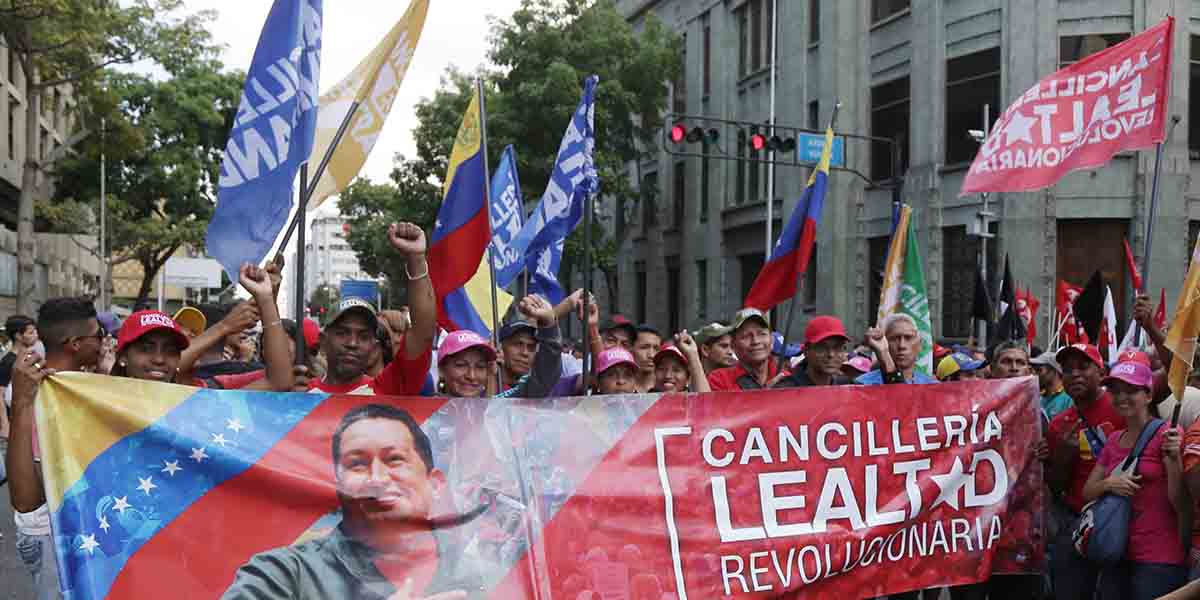