The interventionist policy that confronts the world through the mechanisms of aggression is entering a phase of decadence and fragility, according to the Foreign Minister of the Bolivarian Republic of Venezuela, Jorge Arreaza, the system of domination of the empires collapses allowing the free and sovereign peoples advance in their independence.

These statements were offered by the Venezuelan diplomat during a floral offering that took place outside the National Pantheon where the bust of the Palestinian leader, Yasser Arafat, was unveiled, a day commemorating the Al Nakba, a catastrophe that meant the usurpation of Palestine and the military occupation by the Israeli army troops that generated oppression, war crimes violation of the human rights of the Palestinian people.

“71 years after the Palestinian Catastrophe, we pay tribute to the Father of the Nation, Yasser Arafat, reiterating the total support from the President @NicolasMaduro and the Bolivarian Revolution in the fight for self-determination of the Palestinian people. Long live free Palestine!” Said Minister Arreaza.

The ceremonial activity was attended by the Ambassador of Palestine in Venezuela, Linda Sobeh Ali, the apostolic nuncio of Venezuela, Aldo Giordano who were accompanied by the diplomatic corps accredited in the country.

In his speech, Sobeh said that Al Nakba is a relevant date for her people who remain in battle for the liberation of their territory that was stripped in 1948 by Israeli forces. Likewise, the diplomat thanked the Venezuelan government for its repeated support for Palestine, which has been “the object of the yoke and dispossession of its territory” and not a religious war as it has been tried to be imposed to the world.

“Venezuelan compatriots, do not allow Venezuela to be another Palestine. We will always be brothers, we will support the government and the people of Venezuela. We will see free Palestine and Venezuela triumphing”, said Sobeh.

Finally, the Ambassador recalled that the Catastrophe in Palestine left a balance of 6.7 million Palestinian refugees in the world. 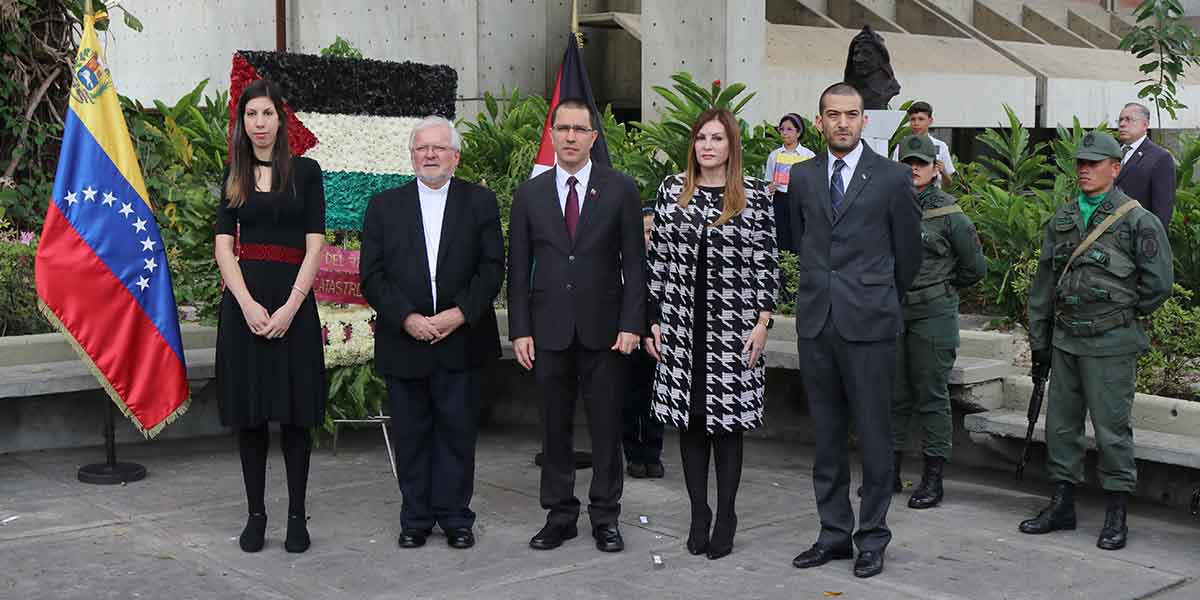