The Executive Vice-president of the Bolivarian Republic of Venezuela, Delcy Rodríguez, held a fruitful meeting on Thursday with the representatives of the United Nations system residing in the Latin American country, with the purpose of evaluating the mechanisms of control and cooperation between the Venezuelan State and the UN.

In a statement to the media after the talks, in which several officials of the Executive Cabinet were present, the high official informed that in the meeting it was agreed to expand and deepen the cooperation maintained by Venezuela and the United Nations system, in various areas.

“We have requested to incorporate aspects of the Plan de la Patria (government program) that have not yet been contemplated, but we are working to incorporate them […] The governmental policies of our country already added the Sustainable Development Goals of the 2030 Agenda”. She emphasized.

Vice-president Rodríguez, who was accompanied in the statement by Foreign Minister Jorge Arreaza and the Vice-president of Planning, Ricardo Menéndez, explained that the meeting also allowed to evaluate the favorable evolution of the indexes in health, education, sanitation, nutrition and public services.

In this context, she invited the United Nations system to integrate and complement the Comprehensive Plan for Attention to the Victims of the Economic War, with which the Venezuelan government plans to guarantee the social protection of the most vulnerable people in the country.

“The comprehensive plan designed by President Nicolás Maduro to meet, protect and guarantee the right to life, food and health of the most vulnerable people, who become victims of the economic war”, said the Executive Vice-president.

Economic blockade from the US to Venezuela: “a genocide against our population”

During the meeting the illegal blockade imposed by the government of the United States on the Bolivarian Republic of Venezuela was denounced.

“The blockade to get food, medicines, becomes a genocide against our country, against our population; that kind of illegal, arbitrary sanctions that from the imperial centers have been imposed against our country, are crimes against humanity”, specified the Vice-president and added then that this financial siege, to which the countries subordinated to foreign policy of Washington towards Caracas have been folded, prevents the normal operation of Venezuelan diplomatic missions abroad, in violation of the Vienna Convention on Diplomatic Relations.

Vice-president Delcy Rodríguez, on behalf of the national government, also requested the correction of figures that some UN agencies have disseminated regarding Venezuela and ratified the country’s commitment to the United Nations system. 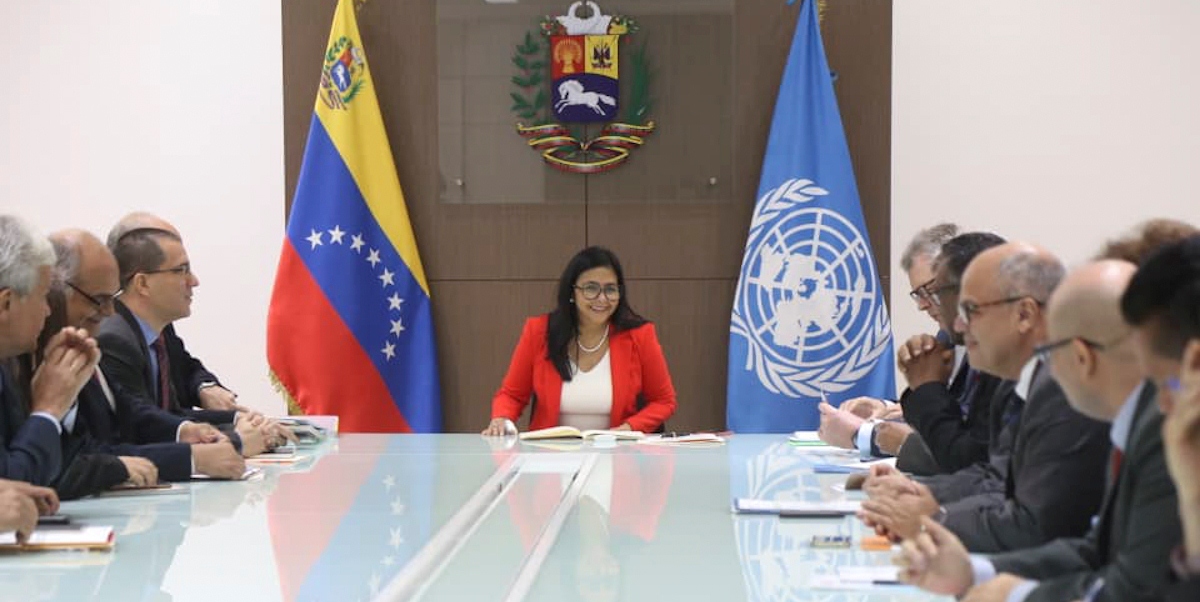