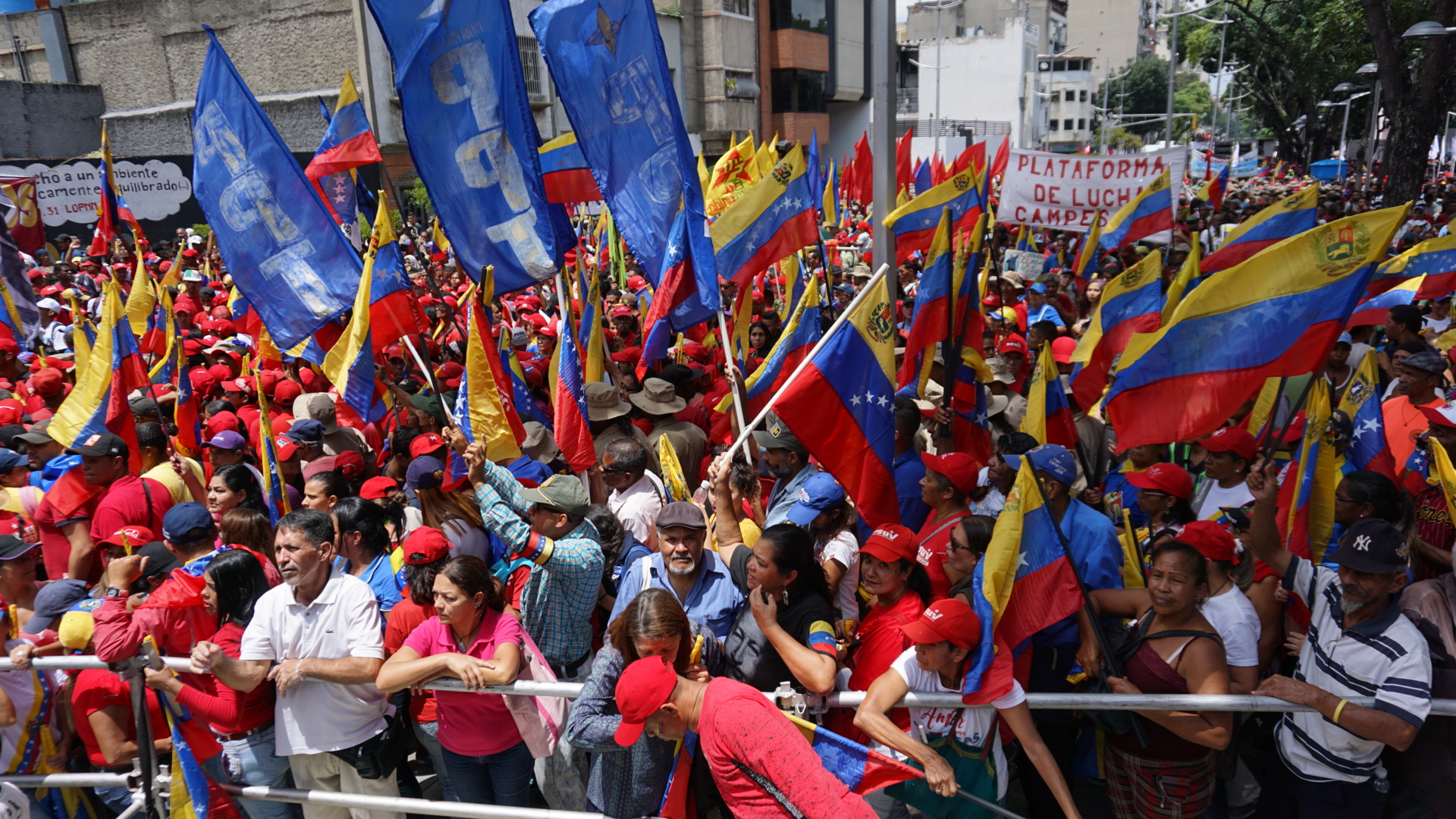 The Foreign Minister of the Bolivarian Republic of Venezuela, Jorge Arreaza, during the mobilization of this Wednesday in commemoration of the 200 years of the Battle of Boyacá, said that “we are still in the street facing the empires; then it was the Spanish one, and today is American. We have, once again, to be at the forefront, in the epicenter, leading the battle for the freedom of our America”.

He stressed that as two centuries ago, when Venezuelan and New Granadian lancers with Bolivar in front, they freed what is now Colombia, the struggle with the great Bolivarian project remains as the definitive objective of a great Republic that gets this continent together, from Mexico to Argentina.

The concentration and subsequent march that started from Parque Carabobo to the National Pantheon, in Caracas, also rejects the recent Executive Order of the Trump administration, to block all assets of Venezuela on US soil.

“The empire continues to attack us. Yesterday they have formalized, they have tried to legalize, according to their laws, the blockade that was already part of the daily practice against Venezuela”, said the People’s Power Minister for Foreign Relations.

Arreaza stressed that President Nicolás Maduro is a man of courage and loyalty to his people and to the immeasurable Bolívar project and “here is his people, showing that they are with him, with the Bolívar and Chávez project; we will continue on the street and neither a thousand Bolton nor 500 thousand Trump can prevent Venezuela and America from following their path of union and definitive freedom”.

He said that Venezuela will be a pole of power and sooner than later the wide boardwalk of which leader Salvador Allende spoke will be opened and “we will travel them collectively, as a people; not the oligarchies or the bourgeoisie, they will remain surrendered to the United States and its dominant elite. We, as a people in the street will do it; we will win”.

The Foreign Minister urged the people to stay together, united in the street and to be creative and achieve all alternative paths to overcome this blockade. “We have faith and confidence in our political leadership and this is a message not only to Chavez followers, but to any Venezuelan of good; They are blocking the country, the Venezuelan nation, everyone. It is a moment of national unity as President Maduro has said. We have to be united to win and we are sure that it will be that way”, he said.