The workers of the Greek Telecom OTE (owned by Deutsche Telekom) continued their national strike for 14th day, demanding signing of a single Collective Contract for all workers in OTE Group, with the equation of salaries and rights upwards.

The management of the Company, after a series of failed tactics to break the strike, yesterday called the police and arrested 5 unionists from the picket lines in the city of Thessaloniki.

The class unions responded with dozens of workers from various unions taking part in the picket lines today, Wednesday, January 8 and expressing their support and solidarity with the OTE workers.

The Telecom class unions, which are at the front line of this struggle, declared that they will not be intimidated and they will continue the struggle. 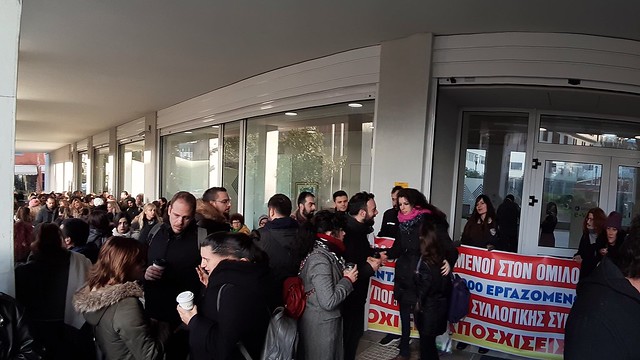