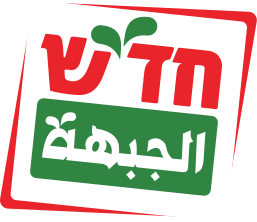 Hadash MKs and 80 Jewish and Arab activists, most of them members of the Communist Party of Israel (CPI), together with Rabbis for Human Rights, took part last Friday, October 30, in the olive harvest in the village of Burin in the occupied West Bank. The volunteers assisted Palestinian farmers gather the harvest from their trees. “The Israeli settlers living in the neighboring settlements constantly attack them while harvesting their olives. Similarly, armed settlers regularly and systematically attack village homes and farmers. Through the support of the volunteers, they will be able to finish harvest their olives trees faster before the settlers destroy them,” a Hadash spokesperson said.

“Settler violence is fully backed by the Israeli state, with soldiers doing nothing as these attacks are carried out, and they often participate themselves in the attacks,” MK Ofer Cassif (Hadash – Joint List) agreed. Such violence, he emphasized, serves the interests of the Israeli occupation in that it operates in the forefront of advancing a process of “stripping the Palestinians of their resources and transferring them to the hands of the settlers”.

Conducted in October every year, the olive harvest constitutes a critical source of livelihood for thousands of Palestinian families. With more than 12 million olive trees planted across nearly half of the West Bank’s agricultural land, olive oil is not only central to Palestinian food security but is also a large part of their export economy. With the olive harvest season underway, Palestinians are facing more and more attacks by settlers, with added uncertainty due to the economic devastation caused by COVID-19.

Every year dozens of Palestinian farmers are attacked and racist settlers destroy hundreds of their olive trees and other crops across the occupied West Bank, especially in the areas of Ramallah, Nablus, Bethlehem and Salfit. Thus far this year the Israeli human rights group B’Tselem, has documented at least 29 incidents linked to the olive harvest season, in particular in the northern West Bank. Of these incidents, 21 were perpetrated by settlers and three by Israeli armed forces.

The violations consist of physical assaults against Palestinians, Israeli volunteers and journalists, theft of olives, burning, cutting or uprooting of trees, as well as restricting the access of Palestinians to their fields. Acts of vandalism and violence against Palestinian-owned olive groves began this year long before the olive-harvesting season began. In mid-September a group of settlers accompanied by bulldozers stormed the village of Biddya, west of Salfit, razing 16 dunams (more than four acres) of fruit orchards and uprooting 950 trees. Settlers from the Rahlim outpost, southeast of Nablus, also uprooted at least 100 olive trees, each of which was at least 50 years old.