Statement of EDON regarding the riots in the Capitol 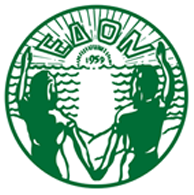 As images of Donald Trump’s supporters invading the Capitol travel around the world, leaders of various countries are rushing to condemn the events and express their support for the US democracy. Yesterday’s incident is the culmination of a long process of nurturing and supporting the most reactionary, far-right elements of American society by the former President of the country and the forces (economic and political) that surround him.

The systematic cultivation of hatred and reactivity inevitably results in incidents that cannot even be controlled by those who initially set them in motion. At the same time, yesterday’s “explosion” is another sign of a society with deep contradictions and impasses, which the “great” American democracy is unable to face, regardless of who is in its administration. After all, the anger and resentment felt by the peoples of the world, as well as the people of the United States – regardless of whether they have been victimized by reactionary, completely systemic circles – is a perfectly expectable phenomenon within a system that has reached a point of decay.

We also note that an incident which was immediately and without a second thought condemned by most bourgeois governments of the EU, NATO and others, while some even called it a coup, if was taking place for example in Venezuela, would be considered a “popular uprising”. And a new president would have already been recognized. It is at least hypocritical, for those who for decades have been looting and controlling states that do not obey, to teach democracy lessons.

Against the bourgeois hypocrisy, as EDON we extend our solidarity with the workers and the youth of the USA against the system that crushes them and we mobilize with the struggles of the anti-racist, workers’, progressive movements that have intensified in recent years.

International Relations Bureau
Of the CC of EDON
07/01/21

Source: EDON – United Democratic Youth Organization – Statement of EDON regarding the riots in the Capitol