Solidarity with the people, the workers’-people’s movement and the CP of Venezuela 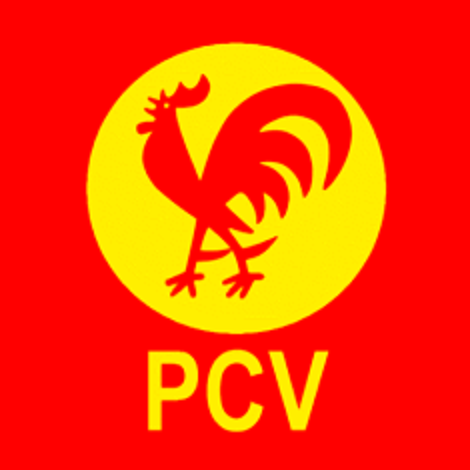 Based on the principles of Proletarian Internationalism, we maintain warm comradely relations with the Communist Party of Venezuela (PCV), which defends the interests of the working class and the working people of Venezuela both against the imperialists as well as the local capitalists that exploit the people and trample on their rights and thus  it demands a revolutionary way out of the capitalist crisis in its country.

We defend the right of the Communist Party of Venezuela, based on its ideological, political and organizational independence, to distance itself from the ruling PSUV party, to stand for election on its own ballot, to criticize the government, and to oppose its policies, since the government imposes measures that affect the rights and achievements of the people.

Before the December 2020 elections, the PSUV launched an attempt to slander and exclude the PCV. Initially, an attempt was made to silence and conceal the candidacy of the PCV by excluding its voice from the public and private media. Attempts are now being made to blackmail the PCV into joining one of the two majority parliamentary groups (of the government or of the right-wing opposition) as a precondition to have the right to speak in the National Assembly. Recently, the attack on the PCV escalated when President Maduro repeatedly implied that the PCV was part of “the long arm of US imperialism”. Based on this slander, threats of anti-communist persecution, criminalization and repression of workers’-people’s struggles and organizations are being launched.

This accusation is unacceptable and slanderous, as evidenced by the long course and the heroic struggles of the PCV against imperialism, for the rights of the Venezuelan people. We denounce any thought of persecution against the PCV and other organizations of the people’s-revolutionary movement in Venezuela.

We reject any attempt to undermine the political rights of the PCV and the working class. In this sense, we demand that the government of President Nicolás Maduro stops the attacks and slander aimed at criminalizing the fair struggle of the PVC and the workers of Venezuela.

Our parties express once again their solidarity with the people of Venezuela, who are the victims of imperialist attacks and the anti-popular management of the capitalist crisis. We particularly express our support for the fair struggle of the Communist Party and the Communist Youth of Venezuela, which defend the interests of the working class and the people under all circumstances.

Solidarity with the Communist Party of Venezuela!

Proletarians of all countries unite!