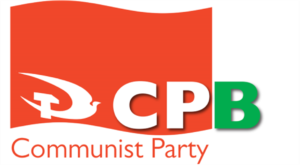 Communist Party of Britain general secretary Robert Griffiths and international secretary John Foster have today released the following statement on the UK-EU Agreement on Trade and Cooperation: The UK-EU trade agreement is a compromise between the interests of British state-monopoly capitalism, on the one side, and those of German and French monopoly capital – represented by their states and the EU – on the other.

Britain’s Communists have sounded a sceptical note about the extension of post-Brexit trade talks between the British government and the EU. Addressing the party’s executive over the weekend, Alex Gordon said the continuing talks have ‘an air of confected theatre about them, although these are performances that not many people might pay to watch’.

The vote on Thursday to leave the European Union is a historic decision. Our country has been a member for 43 years -half the people of this country cannot remember ever not being a member of the European Union. We are in a new world and now there will be at least two years of discussions and negotiations before we are no longer members. We must make sure that those negotiations deliver the protections our country needs, working rights and the environments.

The victory of the exit from the European Union in the referendum held in the United Kingdom is an event of tremendous political magnitude for the people of the United Kingdom and also for the peoples of Europe. It represents a far-reaching change in the process of capitalist integration in Europe and a new threshold of struggle for those who have, for decades, fought against the European Union of big business and the big powers, and for a Europe of the workers and the peoples.

The result of Britain’s referendum demonstrates the increasing discontent of the working class and popular forces towards the EU and its anti-people policies. However these forces must disentangle themselves from the choices of sections and political forces of the bourgeoisie and acquire radical and anti-capitalist characteristics. The result records the dissipation of the expectations, which had been fostered by all the bourgeois parties-in Greece as well-together with the EU’s mechanisms that the peoples could allegedly be prosperous inside the framework of the EU.

See also: Speech of Labour leader Jeremy Corbyn Statement of the Portuguese Communist Party (PCP) Statement of the Communist Party of Greece (KKE) The referendum result represents a huge and potentially disorientating blow to the ruling capitalist class in Britain, its hired politicians and its imperialist allies in the EU, the USA, IMF and NATO. The people have spoken and popular sovereignty now demands that the Westminster Parliament accepts and implements their decision. The left must now redouble its efforts to turn this referendum result into a defeat for the…

Communist Party chair Liz Payne has criticised EU supporters in the labour movement for »talking as though the working class are passive victims who rely on a bountiful EU for their rights«. »Our trade unions and Labour governments fought for the right to join a union, collective bargaining, the right to strike, equal pay, maternity rights and health and safety at work – they weren’t granted to us by the European Commission or the European Central Bank«, she told her party’s political committee on Thirsday evening.

ANTAGONISMS and ambitions within the Tory Party occupy the corporate media’s coverage of the EU referendum. Fear and loathing have poisoned the liberal commentariat: fear of Boris Johnson and a few posh boys, coupled with a bitter loathing of the working class. It’s embarrassing, and unnecessary. The scenario frightening metropolitan liberals that a Leave victory will deliver power to the racist right is a gross miscalculation. If Leave win, David Cameron — who helped prop up the old Afrikaner regime in South Africa, let’s not forget — will be ousted…

TODAY’S editorial ought to be a triumphant recognition that Rosena Allin-Khan has more than doubled Labour’s majority in Tooting following the by-election to replace London Mayor Sadiq Khan. That a junior doctor should be adopted by Labour and then backed by the electorate, after Tory efforts to discredit these vital NHS workers, is an important development. It confirms the trend of Labour doing well in most election contests, following Jeremy Corbyn’s leadership victory, in the face of allegations by the Tory media and many Labour MPs that a Corbyn-led Labour…

The left campaign to leave the EU issued this statement about the murder of Labour politician Jo Cox: We are horrified at the death of Jo Cox and send our deepest condolences to her husband and children, to her family, friends and colleagues. We believe that the murder of an elected representative marks a deterioration of our society and our politics. Any links with possible far right groups must be fully investigated.