The outgoing Trump administration is determined to create maximum problems for its successor. On Monday, Secretary of State Mike Pompeo issued a number of policy directives designed to leave a violent extreme-right stamp on U.S. foreign policy for years. One of the most mendacious and hypocritical policies concerns socialist Cuba. It returns Cuba to the U.S. list of State Sponsors of Terrorism, from which the island nation was removed as part of the reworking of U.S.-Cuban relations which began in December of 2014.

The South African Communist Party (SACP) condemns in the strongest terms possible the announcement made by the United States imperialist regime categorising Cuba as a state sponsor of terrorism. This has been done as a smokescreen for the tightening of the unilateral and arbitrary blockade of Cuba, a repeated violation of international law which has been, time and again, overwhelmingly condemned by the United Nations and all peaceful people around the world.

Last Wednesday, the world witnessed with shock: MAGA mobs storming the U.S. Capitol, climbing the walls, smashing windows, rampaging through the halls and looting Congressional offices—called forth and unleashed by Donald Trump, who could be called the wannabe second president of the Confederacy. Even AFTER this violent siege, 8 GOP senators and 139 representatives (that’s 2/3 of the Republifascists in the House of Representatives) still voted to overturn the election. A new poll yesterday showed that 77% of Republicans still support Trump. 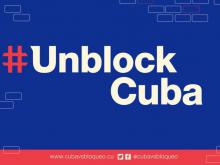 The World Peace Council (WPC) condemns and rejects in the strongest way the recent decision of the US State Department to include once more Cuba in their unilateral list of states which sponsor terrorism. This cynical and hypocritical action of the US administration is aiming in the imposition of new coercive measures against a people and country which defends since 62 years its right to determine their future.

Statement of the US Peace Council, January 10, 2020 The deep political and social contradictions of the U.S. capitalist system, which were becoming increasingly visible to the people during the past few decades, and had come to the surface with the election of Donald Trump in 2016, found their most glaring manifestation in the open riot of Trump supporters and the takeover of the Congress Building on January 6th.

TODAY MASS DEMONSTRATIONS: LA, NYC, Chicago, SF, Cleveland, Philadelphia, Houston, Seattle Trump Must GO NOW! In the wake of Trump’s failed fascist coup, we who have been outraged for four years at the Trump/Pence regime and all it has done, need to take to the streets Saturday Jan 9.

On Wednesday, January 6th, we saw President Trump call forth and unleash fascist mobs to storm the U.S. Capitol. This was an attempt at a coup. It did not succeed this time, but the danger from even a failed coup is to be taken seriously, setting the stage for them to come back sooner or later to re-seize power – with or without Trump. It leaves a bloc of elected officials who view and act as if the Biden administration is illegitimate and an armed street-fighting force “on call” to…

Concerning the January 6th events in Washington DC, the Political Bureau of the Party of Communists, USA (PCUSA) issued the following statement: “On January 6th, 2021, the day that Congress was set to ratify the results of the 2020 election, a far-right mob descended upon the Capitol, with the explicit goal to conduct a coup in support of Donald Trump. This mob, consisting of supporters of failed movements, such as the Confederacy, South Vietnam, and other anti-communist reactionaries, came together to support this anti-democratic, fascistic goal to install a reactionary dictatorship.

Yesterday’s storming of the U.S. Capitol was nothing less than a white supremacist insurrection. Organized by Trump himself along with Giuliani, Bannon, and their big-business backers its goal was to disrupt Congress’s certification of the Electoral College vote and overturn the November election. It was a criminal act of sedition and should be treated as such.